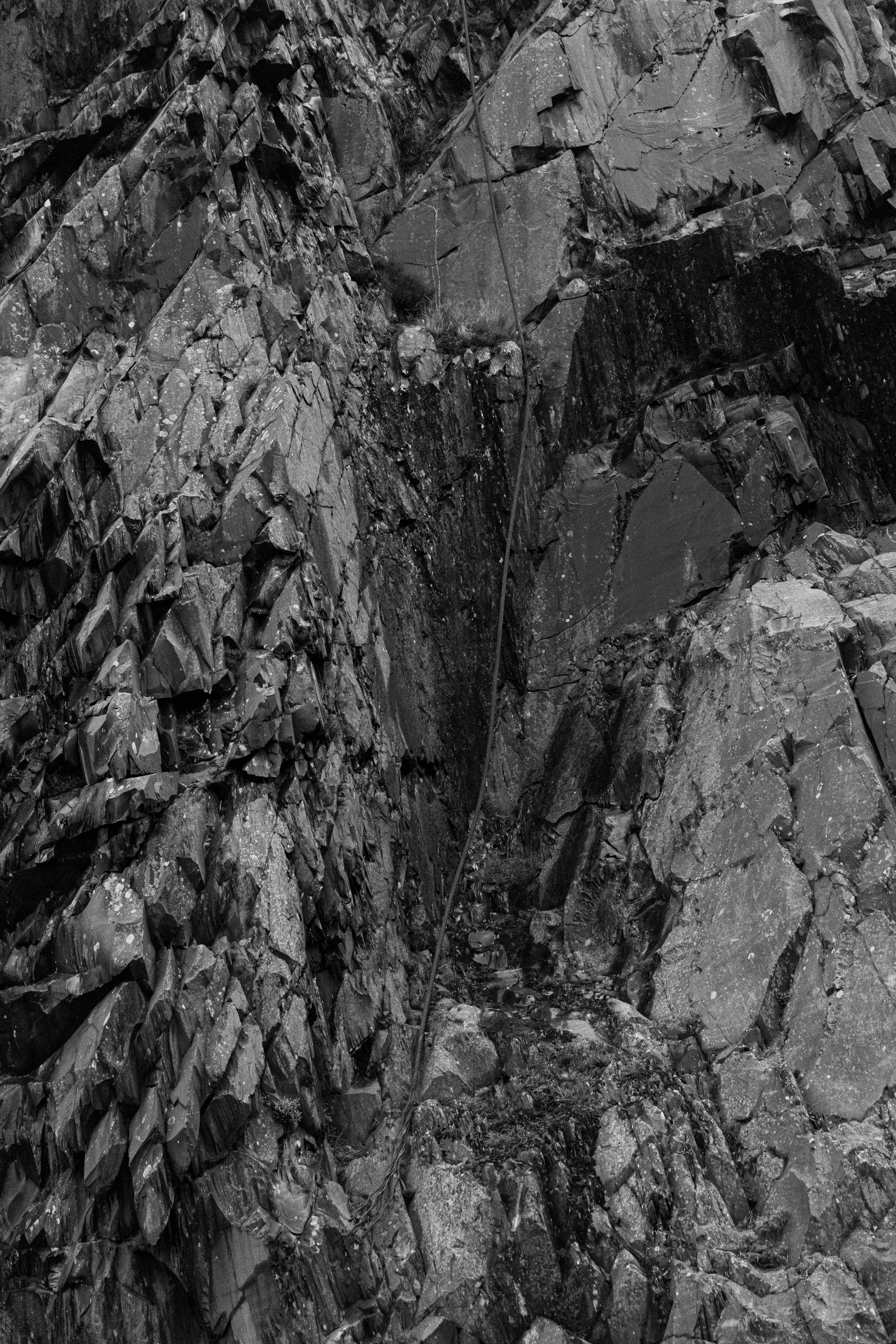 When the other miner dropped the metal slab my grandpa lost

His first finger. While his buddy threw up he blew coal dust

Off the bloody slice and bagged it in ice for the road. His cloth

-wrapped stump gripped the wheel while his good hand called

My grandma, who scolded him for taking the drive

Alone (he always laughed at that part). They couldn’t save the finger.

He talks about everything save for this: the one finger

Of memory his stories leave in the coal. His youngest son, lost—

Buried—in black soil. I know that my dad and Steven went for a drive.

I know my dad, seventeen, forgot how easily they could be dust

And he sped into an ice patch. The doctors said Steven was dead. They called

My grandpa in to see what the telephone pole had eaten, his marbled cloth

Relic of a son. He didn’t believe them. He lifted the cloth

To find Steven, pulsing. He gripped that limp finger

With the gritty four he had left and called

His Lazarus forth on tottering walker-heavy feet. This memory is then lost—

I heard it from my mom who heard it once from my dad, who turned it to dust

For all I know. I sift the soil to find my grandpa’s drive

To lift the sheet, to grip the wheel. On the drive

Belt of the stamping machine he lost his second finger, amidst cloth

And rust. He thought he could see through the dust

Thought he could reach the row’s one crooked piece, thought his finger

Was quick enough to adjust. In the end he lost

To the machine, to pinky mincemeat. I wonder what he called

Out for while passing me these memories—or who he called

Forth. I wonder if recalling his absent fingers was really a drive

Through the piles of all he had lost.

From his boy’s eyes, again and again? Does he speak about each finger

To tell how Steven returned to the dust,

How his son ate his shotgun’s nozzle even though dust

Had begun to pile on that walker? Even still he called

The morning new. His yellowing finger

On the ground didn’t drive

Him away from the mines. His boy under cloth,

Then seeping through the carpet, didn’t drag me into his pile of lost

Things. I remember the worn stub of his finger, its dust

Lost on my cheek. Good night, he called—

I drive through the memory—he tucked me into linen cloth.