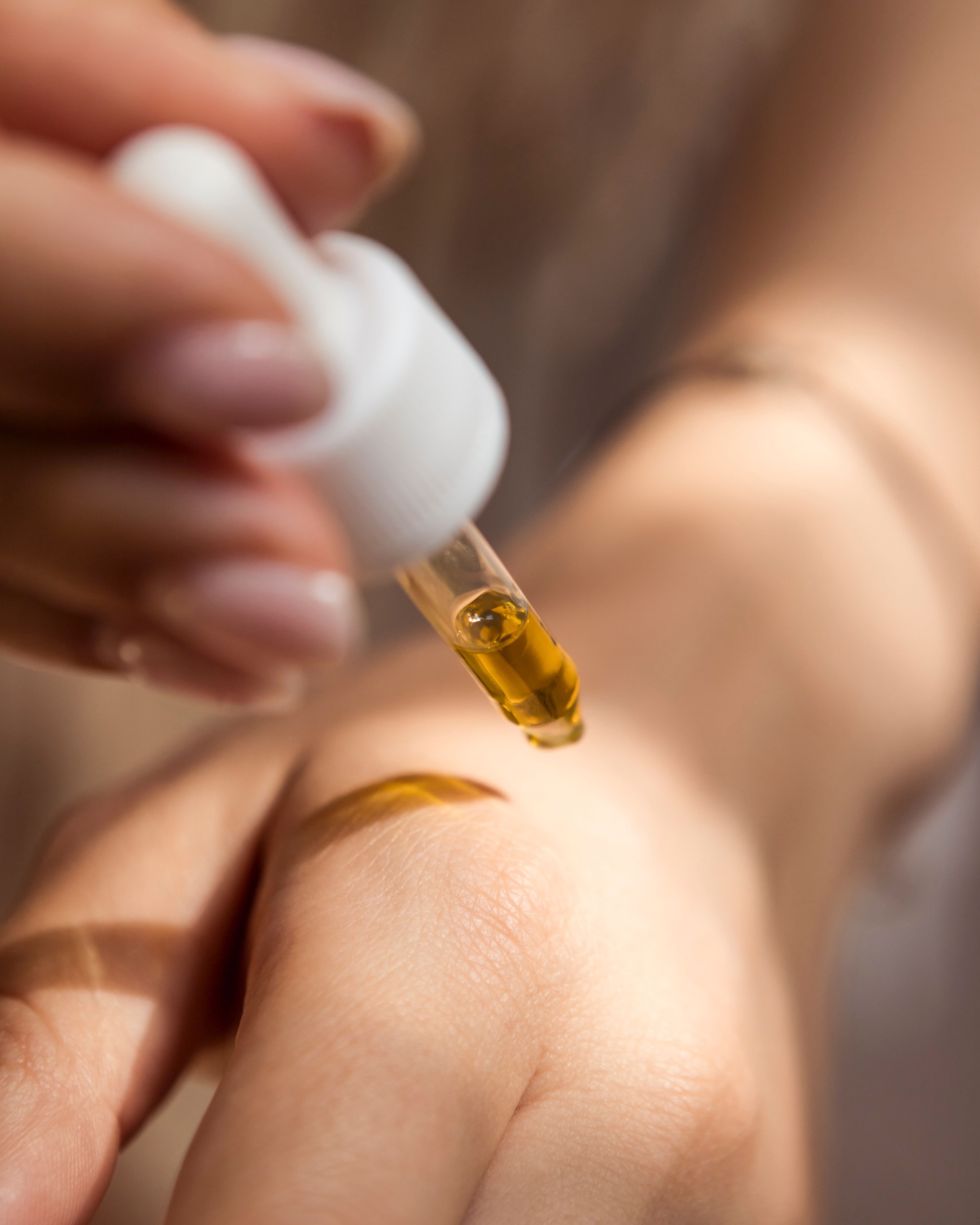 Ultraviolet (UV) radiation from the sun is a recognized cause of skin cancer, which affects millions of people each year around the world. The chemopreventative efficacy of canola and olive oils was tested against UVB-irradiation-induced death and DNA damage in human immortalized keratinocytes (HaCaT) from adult human skin. The study revealed that both oils are safe for human application, as they were non-toxic to the HaCaT. Findings provide support for the utility of canola and olive oils as potential sunscreen agents or additives. 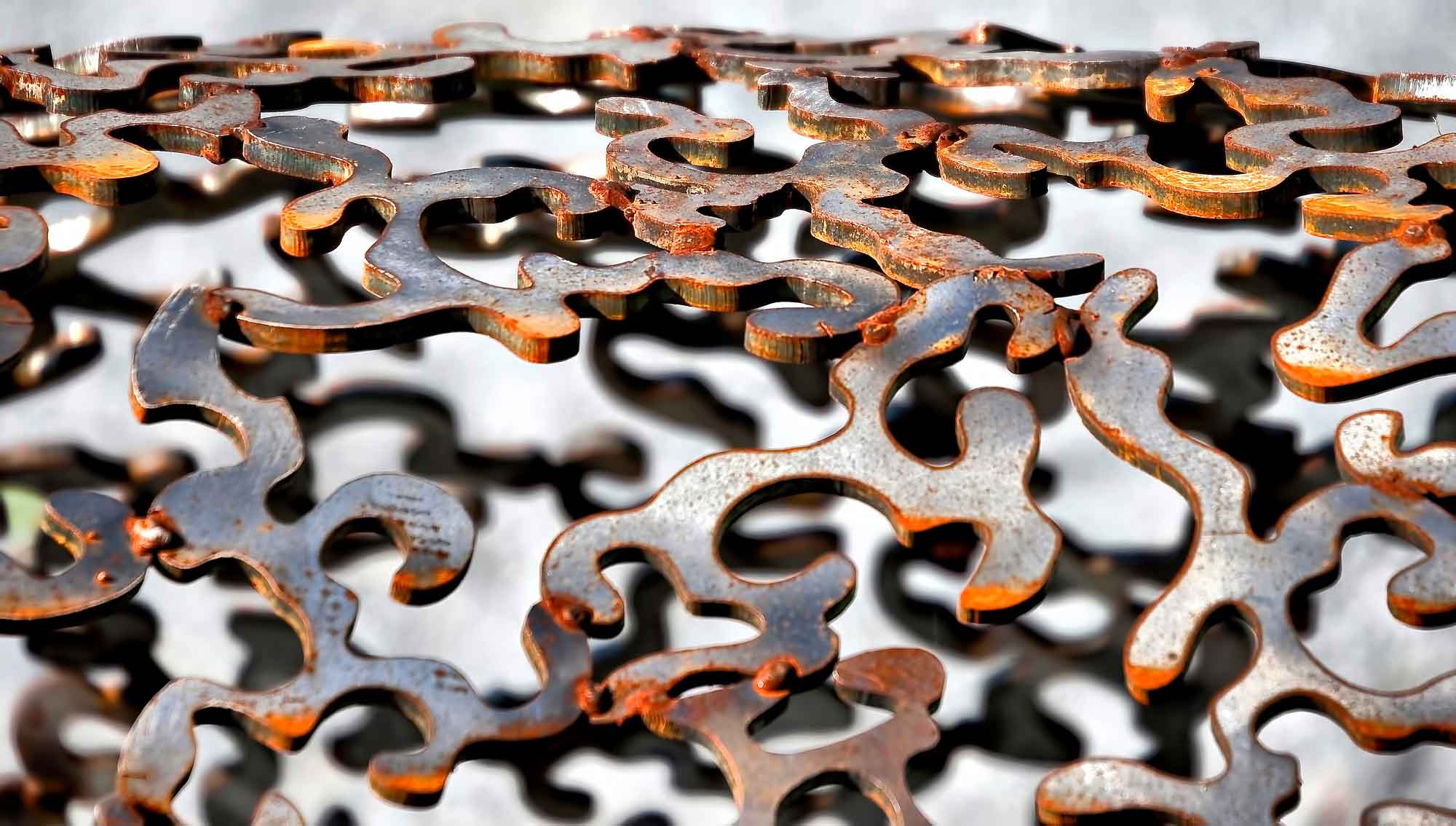 A Comparison of Corrosion Potential, Installation, Maintenance, and Anti-Microbial Efficacy: Copper Combined with a Polymer Matrix or Stainless Steel for Use in a Hospital Setting

According to Boev and Kiss in their article, “Hospital-Acquired Infections,” hospital-acquired infections (HAIs), also known as nosocomial infections, are currently the leading cause of deaths and disability in hospitalized patients (2017, p. 51), so they cost both patients and hospitals a lot of money. As of right now, QualityNet reports on their “Scoring Methodology” page that Obamacare’s Hospital-Acquired Condition (HAC) Reduction Program requires for hospitals with high cases of HACs to be subject to a reduction of Medicare payments (n.d.). The World Health Organization explains in Prevention of hospital-acquired infections: A practical guide, 2nd edition that HAIs can be acquired through environmental infection, wherein one acquires the infection from inanimate objects, substances, or surfaces that have been contaminated by a human source (World Health Organization, 2002, p. 10). Because environmental infection can be caused by surface contact, by installing antimicrobial surfaces, hospitals can reduce the rate of HAIs due to environmental infection. 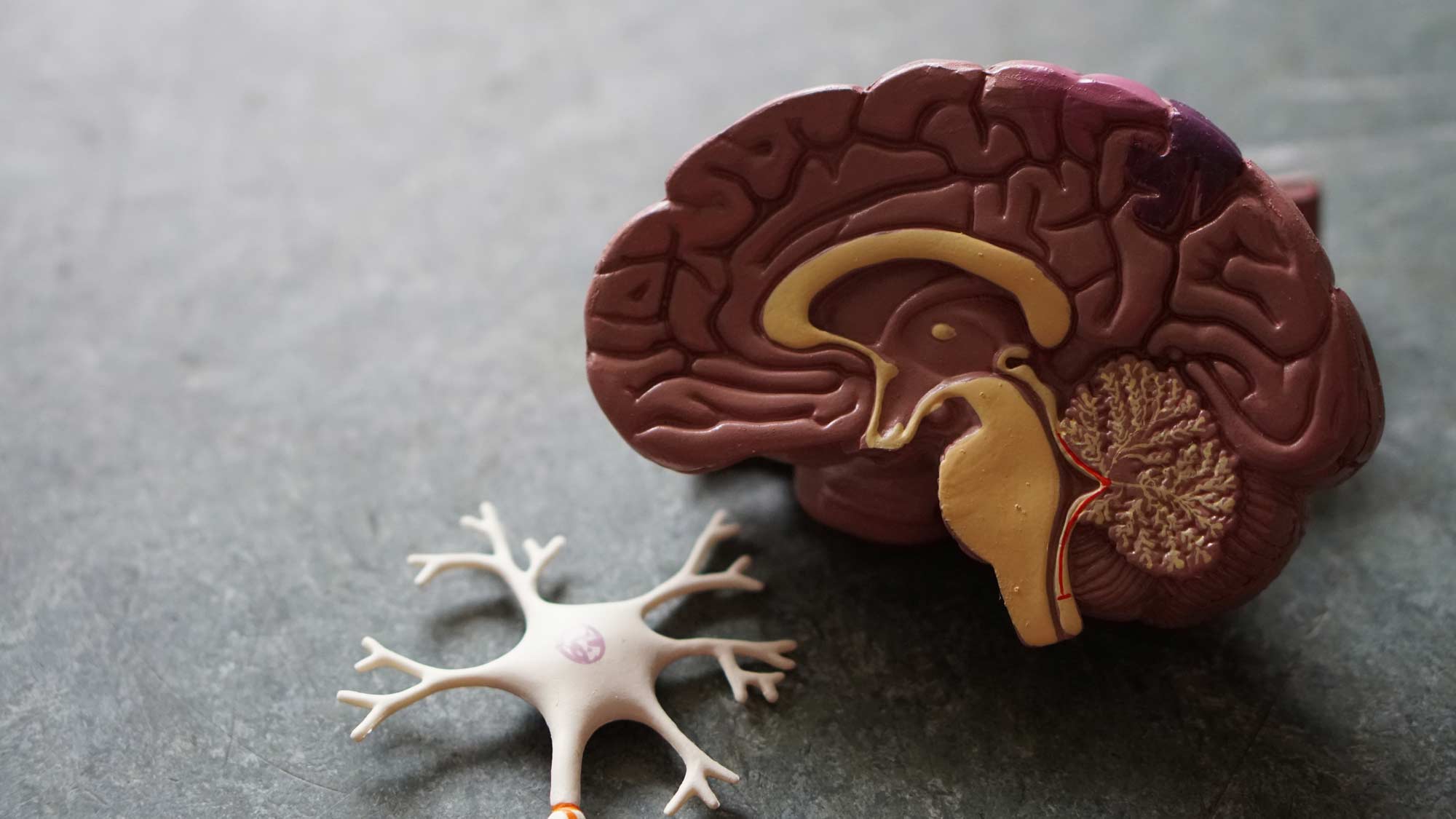 Traumatic Brain Injury (TBI) is a widespread, degenerative affliction with no current therapeutic interventions. The long-­‐term degradation caused by TBI results from secondary injury cascades that are initiated by primary injury. An early and important step in the damage process is reactive astrogliosis in astrocytes. Astrocytes communicate through gap junctions, which are composed of two connexon hemichannels from the two communicating cells and these connexons themselves are composed of six connexin protein subunits. Connexin 43 (Cx43) is a particularly important connexin to gap junctional communication and could act either to preserve the astrocytes from oxidative stress, or to propagate the damage signals to otherwise healthy cells. The present study investigates the expression of Cx43 in different treatment types in hippocampal samples of Wistar rats in order to elucidate the relationship between Cx43 and secondary injury through Real-­‐Time PCR (qPCR) and cell culture work. While Cx43 has a trend for increased expression in traumatized tissue that is returned to normal levels with an antioxidant treatment, these results are not statistically significant according to a single-­‐ sided ANOVA test. Further research is needed to understand the relationship between Cx43 and secondary injury. 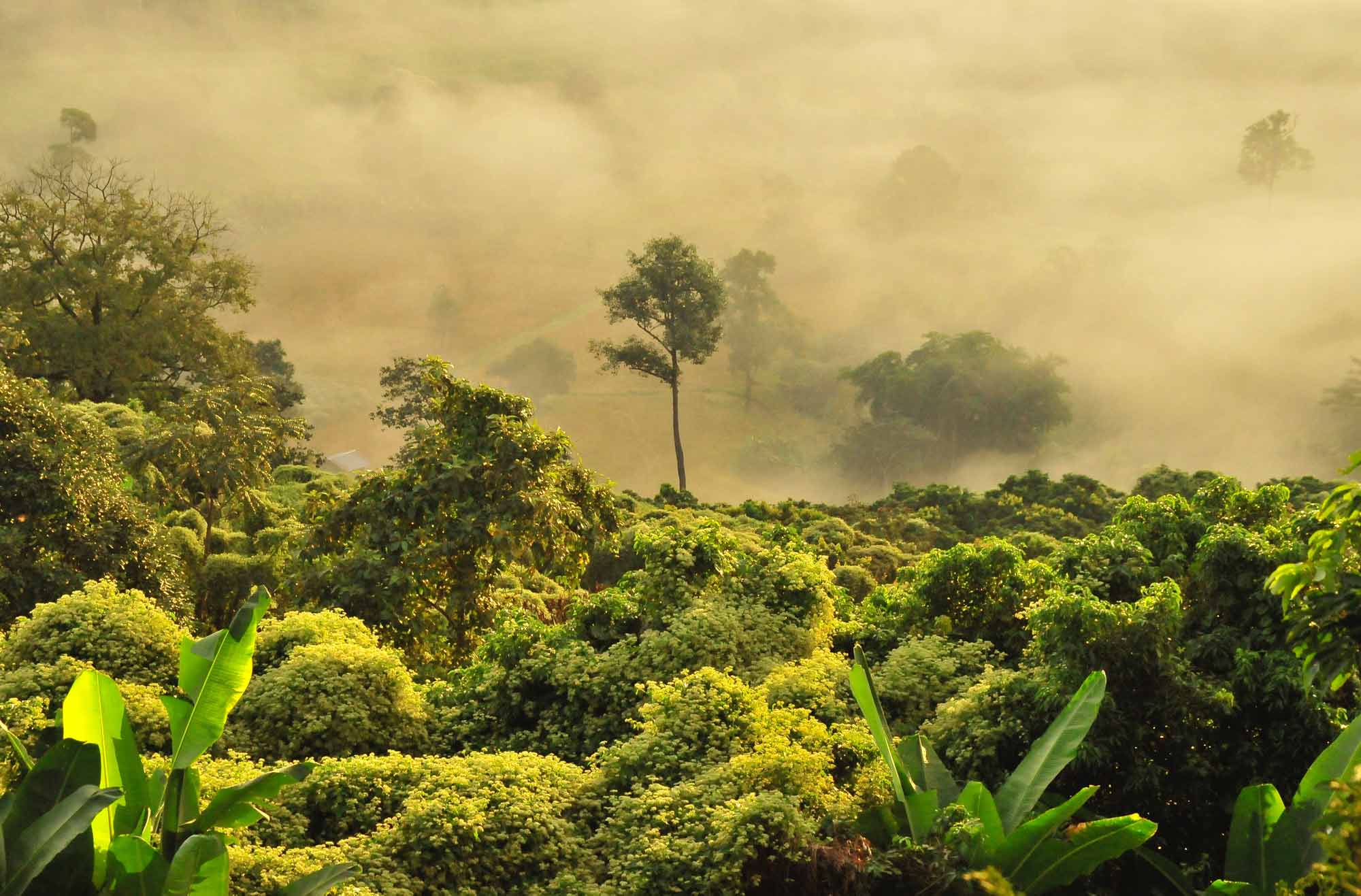 Intensifying patterns of weather and climate as caused by anthropogenic climate change have already caused extensive species extinctions, migrations, and range contractions in endemic species (Parmesan 2006), and pose the potential to induce substantial biodiversity loss on a global scale (IPCC 2014). Such trends have proven exceptionally apparent in tropical montane forests, where the disappearance of range-restricted species indicates a lifting cloud base as caused by rising sea surface temperature (SST) (Pounds et al.1999). Epiphylls serve as a bioindicator of local climate change due to their heightened sensitivity to water availability (Drake 2005). An altitudinal transect of percent epiphyll cover was performed on Geonoma palms to study how epiphyllous distribution has changed over the last ten years, replicating Drake’s (2005) methods. Decades of increasingly severe local drying caused a significant difference in epiphyll cover and strengthened the negative relationship between altitude and percent epiphyll cover. As climate change increases SSTs and propels moisture up mountains, epiphylls serve as an indication of what to expect in the very near future, where species disappear at lower elevations and follow the lifting cloud bank upwards. 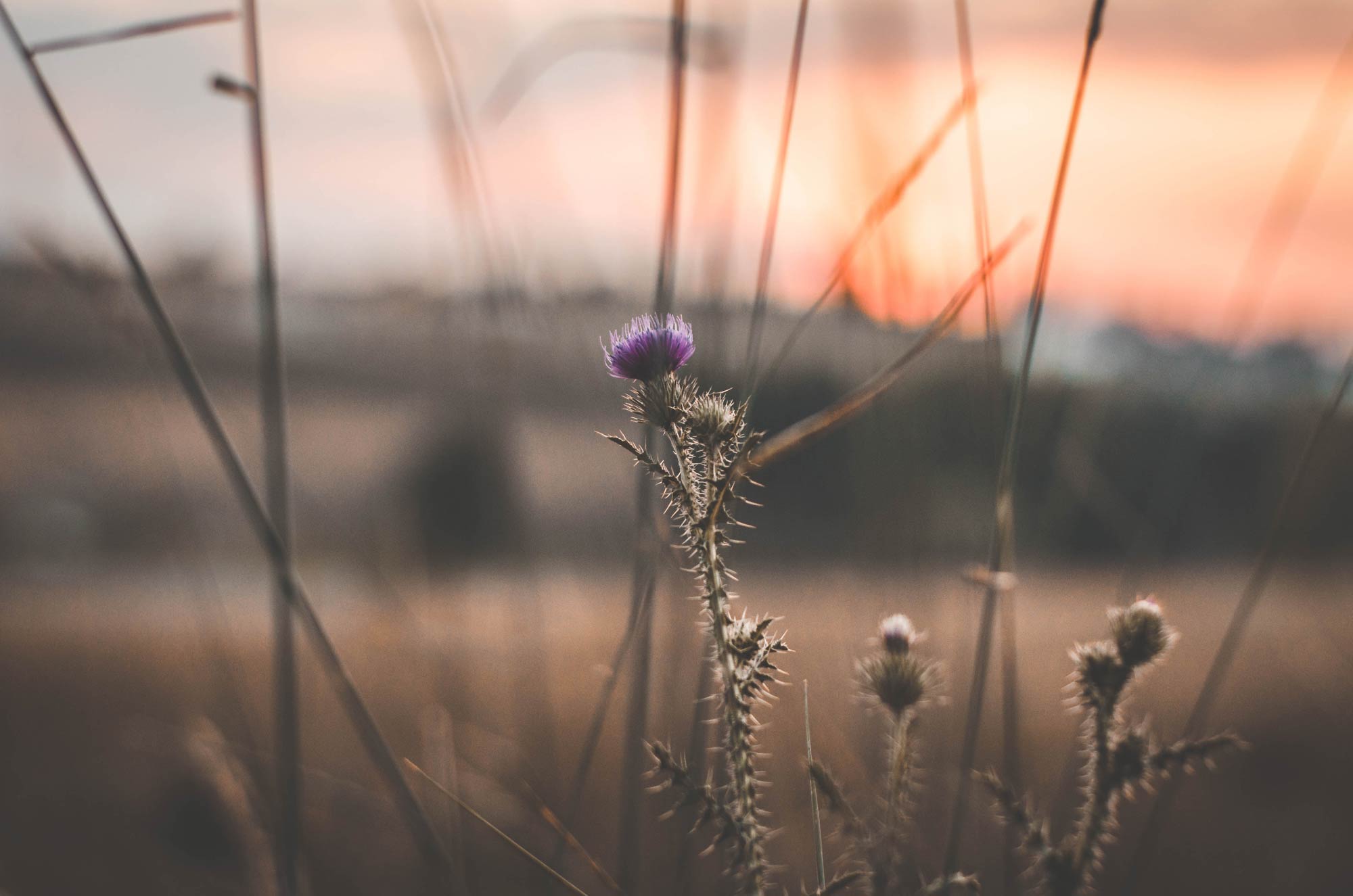 Since every invasion and every exotic species presents a new challenge with novel invasion strategies, the invasion of Centaurea stoebe (synonymously referred to as C. maculosa) into North America will be used as a case study to deeply examine invasion strategies. Centaurea stoebe is a short-lived (approximately 3 years) perennial member of the aster family (Broz et al., 2007). It occurs in two different cytotypes, or with two different chromosomal factors. In its home range, it exists in both diploid and tetraploid cytotypes, but only the tetraploid version is present in introduced ranges in North America (See Figure 1; Treier et al., 2009). C. stoebe, commonly called spotted knapweed, is native to Eurasia and was introduced to North America in the late 1800s or early 1900s in several distinct introduction events (Hahn and Muller-Scharer, 2013; Marrs, Sforza, & Hufbauer, 2008). According to the U.S. Department of Agriculture and the Natural Resources Conservation Service (2001), C. stoebe is now found in all but four of the continental United States. The detrimental effects of its invasion are most clearly seen in the northwestern United States (See Figure 1). In Montana alone, C. stoebe covers nearly 4.5 million acres (Broz et al., 2007). Bais et al. (2003) introduce spotted knapweed as one of the most economically damaging invasive species in North America. It can take over in a variety of conditions and is especially common in disturbed areas in pastures and prairies. In its native range in Eurasia, it is not problematic, but in North America it has formed monocultures and replaced many native plants. On top of all this, it degrades the infrastructure of communities by increasing runoff that leads to erosion and causing decreases in forage for wildlife (Broz & Vivanco, 2009b). It is important to understand the mechanisms of invasion for specific invasive species, so that conservation efforts can be most tailored and effective. There are two major hypotheses in the literature as to why Centaurea stoebe is a successful invader. One theory assumes that there is pre-existing genetic variation and adaptation in C. stoebe that provide them with success in novel environments. The other postulates that rapid evolutionary change occurs in the invasive species in its new habitat (Muller- Scharer, Schaffner & Steinger, 2004).